today I’d like to share the story behind the version 8 release of ELS and the techniques used. The other day, Yard1 sent me a message about the same old topic: ELS and its biggest problem, namely repairing the vehicle all the time. This topic has been discussed by me and Lt.Caine hundreds of times and we spent many days looking for possible solutions. I think it was back in 2011 when I first took a look at the issue, but I never really came up with a solution. My attempt back then was to kill the “repair” part of the repair function. Sounds great, right? It worked partly, the extras got enabled and disabled just fine and I was able to prevent windows from repairing and also managed to keep bulletholes. The car body was still repaired though and I gave up after a few weeks.

But this time it was different. I had done a lot of research since 2011 and I thought I might be able to get it to work this time. However, I knew my old approach of changing the repair code didn’t work, so I thought of something new. You have to understand that I have no experience at all with modelling, so I didn’t really know how adding custom extras for models worked. But I had a new idea, since Yard1 told me that the extra lights would act exactly the same as the indicator lights. So I thought, maybe I could clone them in memory. Put simply, that didn’t work out. While I was able to do all weird things possible with the indicators and other parts (change color, size, brightness, location) via memory hacking, I didn’t manage to make IV recognize the extras as indicators. That was my main idea, since I could toggle indicators. I had hoped making extras indicators would allow me to toggle them without repairing as well. But that didn’t work.

I was already starting to get annoyed again, when I had a small chat with NicolaiB. He explained to me in detail how the whole modelling thing works and what these extras are and encouraged me to get things going again. This time I had another idea: Why not enable all extras and then find a way to kill their render code? This way they would be hidden to the user, but the vehicle would not repair. After some research I was able to do exactly that: Disabling the rendering of an turned-on extra. So technically all extras would stay enabled, you just can not see that. I ported my quick and dirty assembler hacks to C++ and added some timer functions to make it look like a siren. And guess what? It worked perfectly! Below I’ve attached two screenshots of showing this work in progress (you might recognize them as being posted earlier on LCPDFR.com): 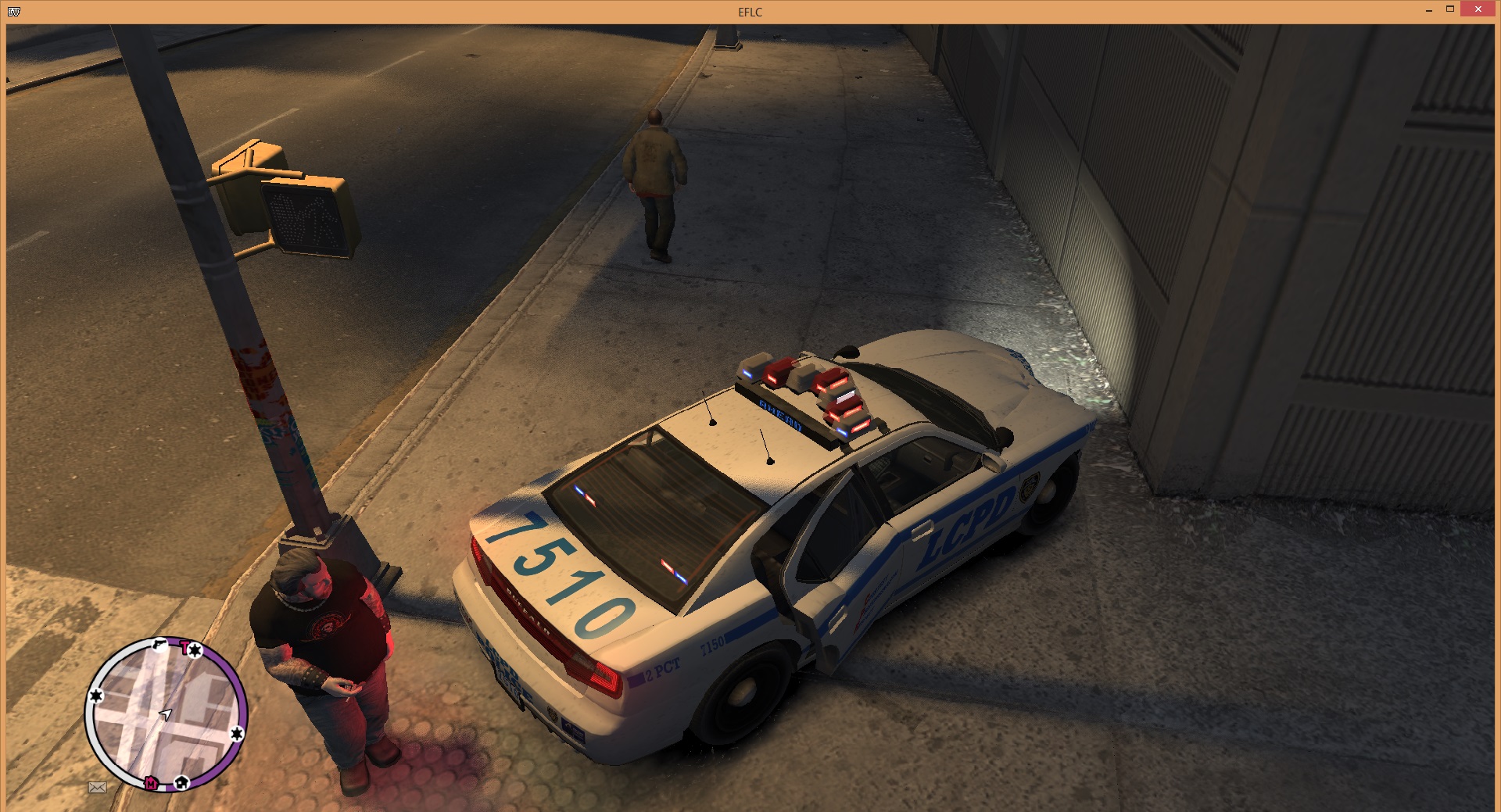 And the same situation a second later:

Some time after I got it working, I spoke to Lt.Caine about a possible ELS integration and I’m happy to announce that we’re working together on ELS 8!

Thanks to Yard1 and NicolaiB for their assistance with modelling knowledge and Lt.Caine for his ELS partnership. Also thanks Sam for his input.

Thanks for reading and stay tuned,

12 thoughts on “ELS 8 behind the scenes”